Are you planning your summer holidays in the Mountains?

For adventures in the outdoors and activities for families 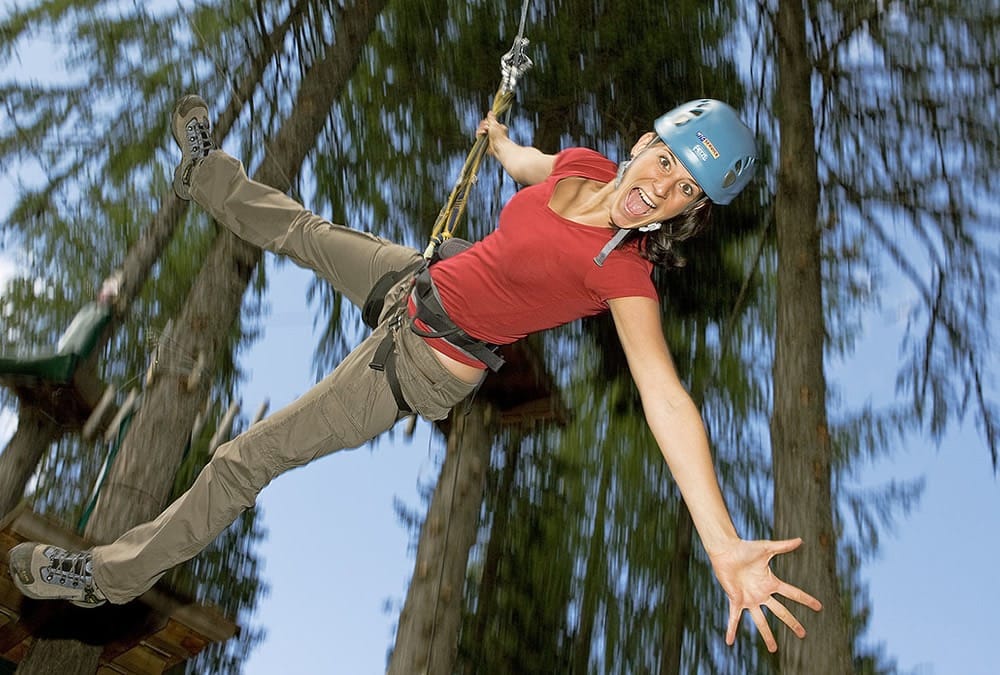 Fixed rope routes of all levels, high-rope elements as rope bridge, ropeways and nets, caves and gorges. Flying high above the ground as Tarzan from tree top to tree top. Adapted for kids from 8 years and more. 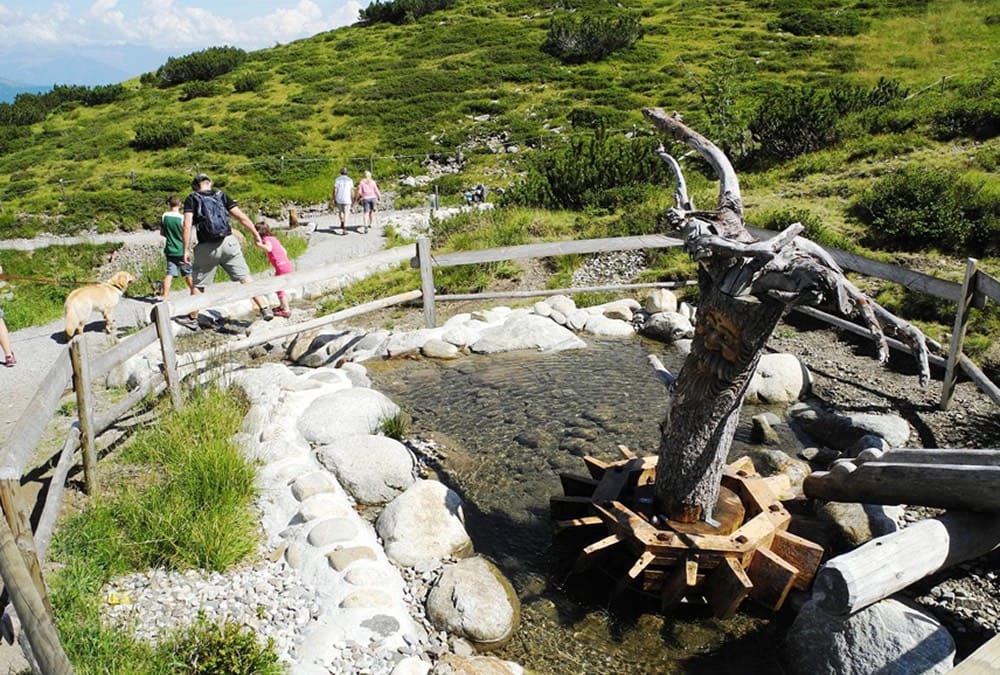 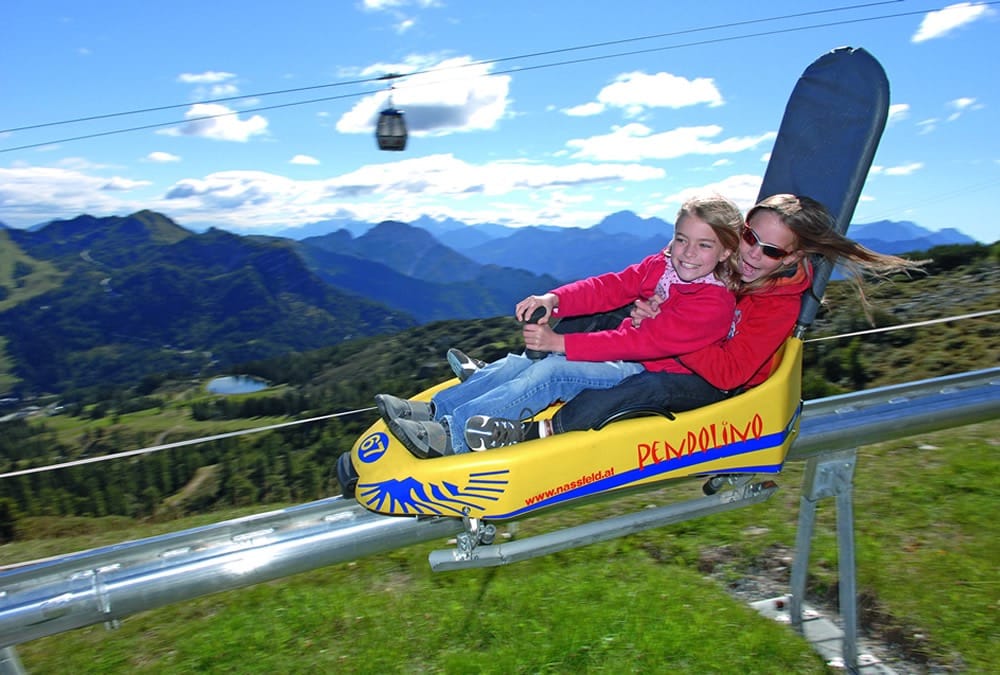 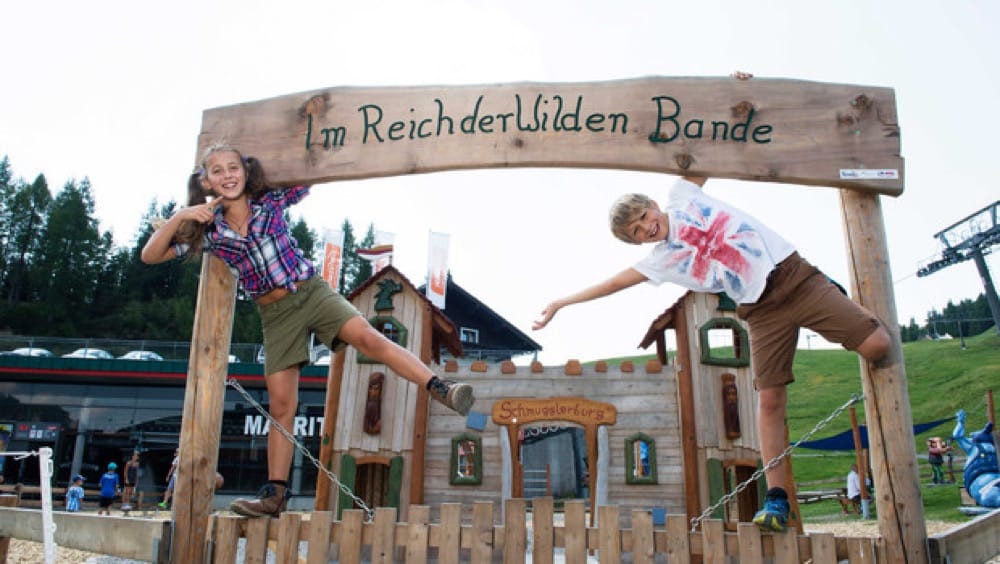 Lake Pressegger-See: The only Adventure Park in Carinthia 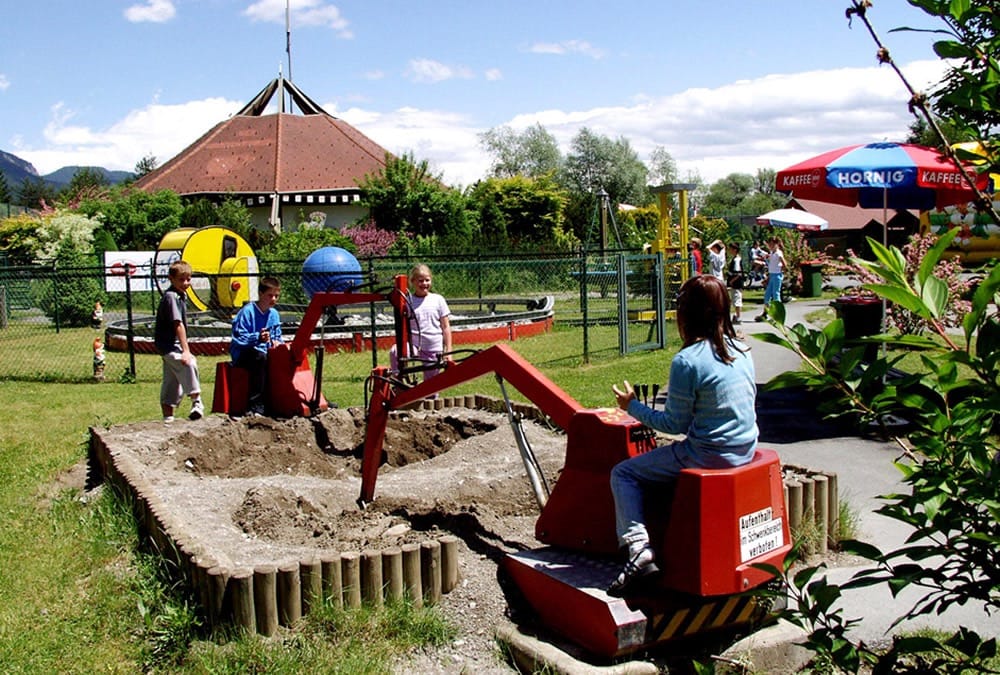 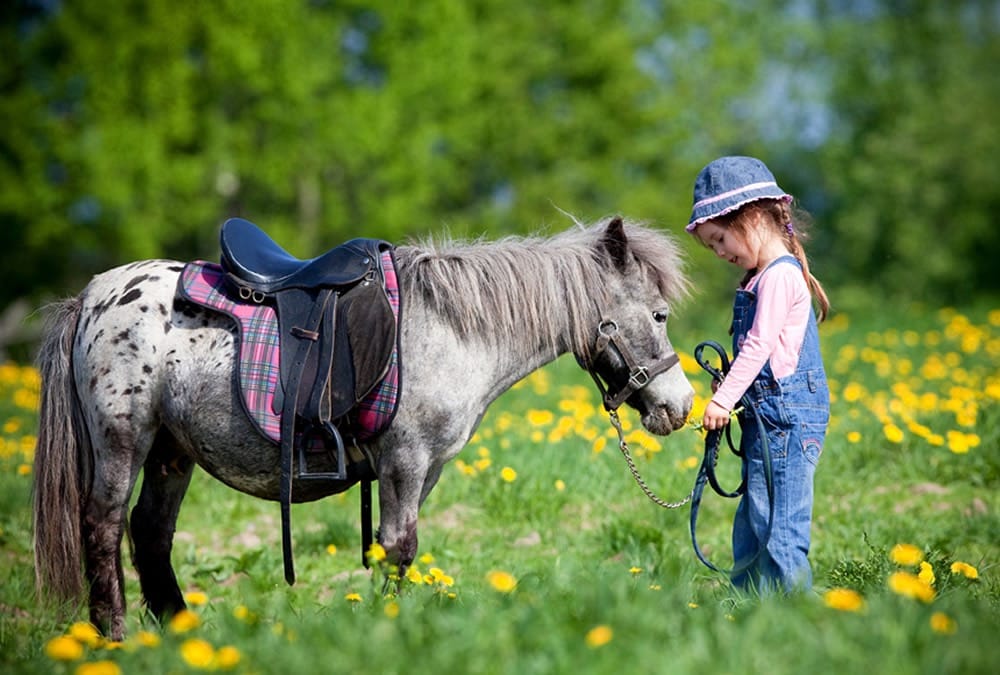 30 km from our hotel is one of the most famous riding stables of the three borders.

Mountain Tour in the Carnic Alps to Kleinen Pal, 1.866 m. 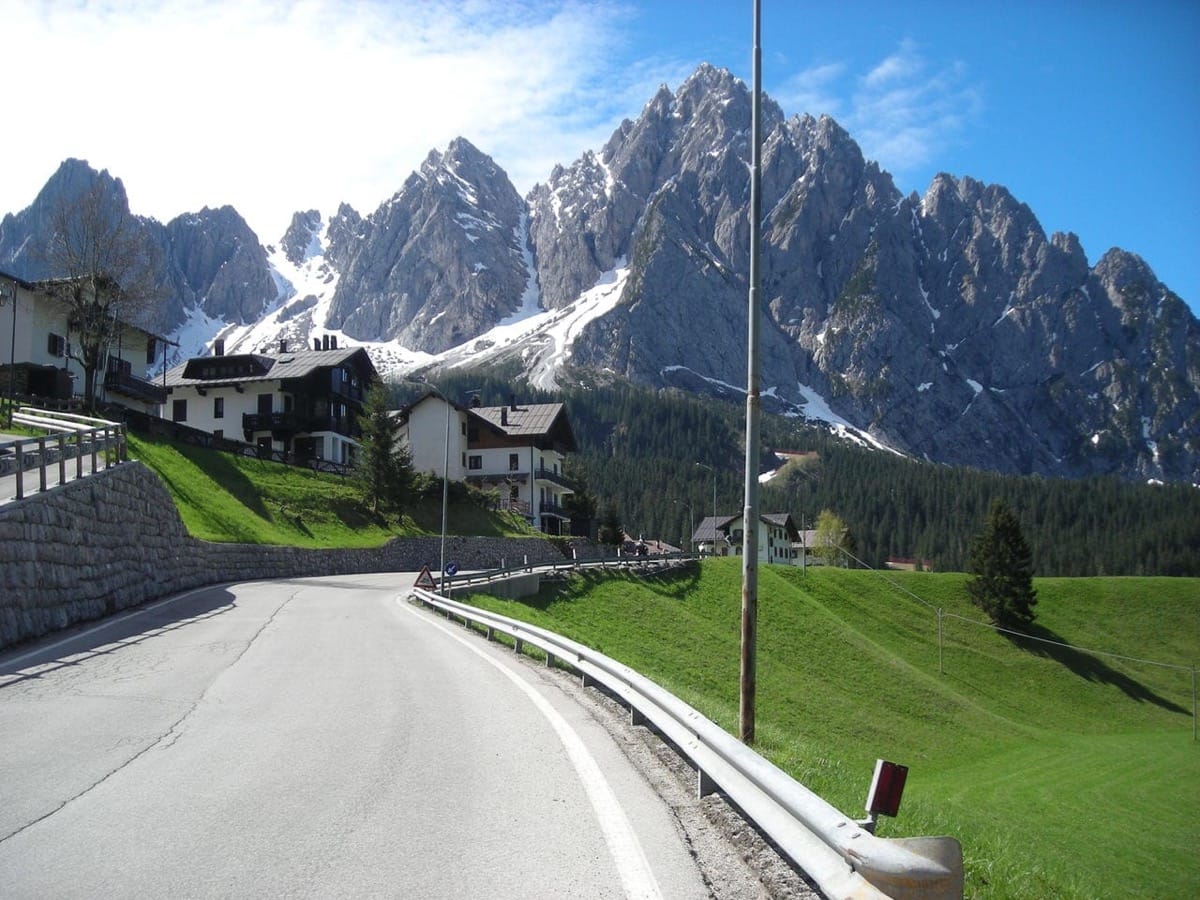 (The summit is to the east of the Plöcken Pass)
A journey by car to the Plöcken house (1.250 m), onward hike to the remains of the hotly contested fortifications from the first world war - well worth seeing.
Route: from the Plöcken house in the southerly direction until the first bend. Take the path (on the slope of the Kleinen Pal) until you reach the fortification "Maschinengewehrnase". Further upwards to the north past numerous bends. Finally over open space terrain and through hollows to the summit.
Walking time approx. 2 ½ hours (not a difficult ascent, but you must be surefooted). The descent is between Kleinen Pal and Freikofel down to the soldiers' cemeteries. Through the Angerbach valley back to the Plöcken house. Total walking time: approx. 4 hours. 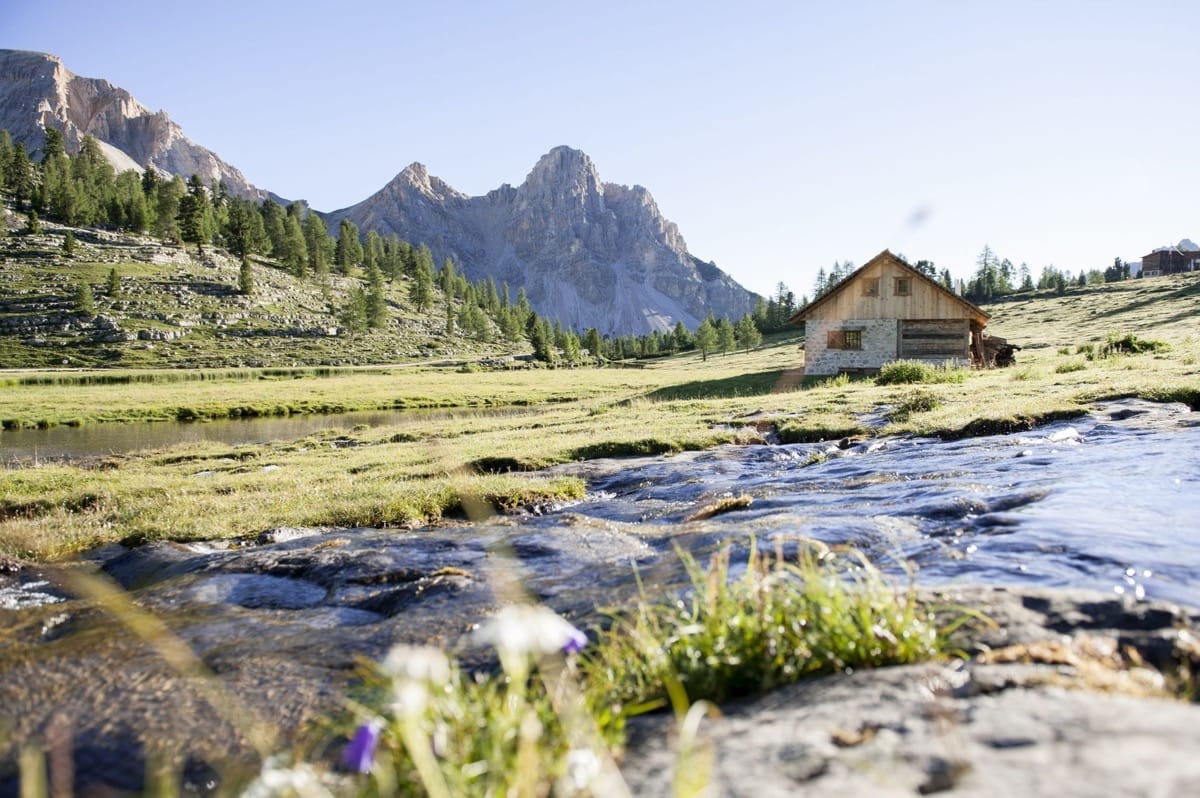 See the four Alpine-pasture hike. 500 million years of earth's history can be reconstructed here while hiking - an El Dorado for fossil collectors (you also have the possibility to travel on the Gartnerkofel cable-car (seating 4-persons) up to the Gartnerkofel. 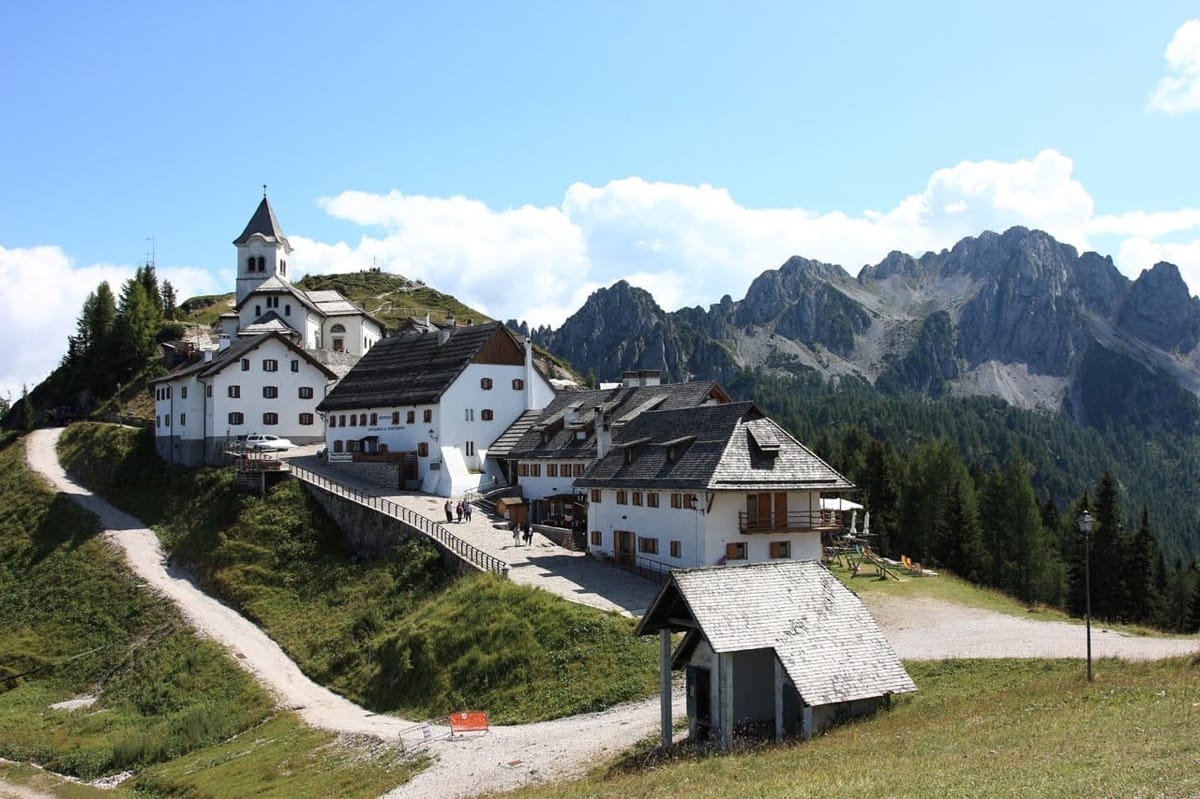 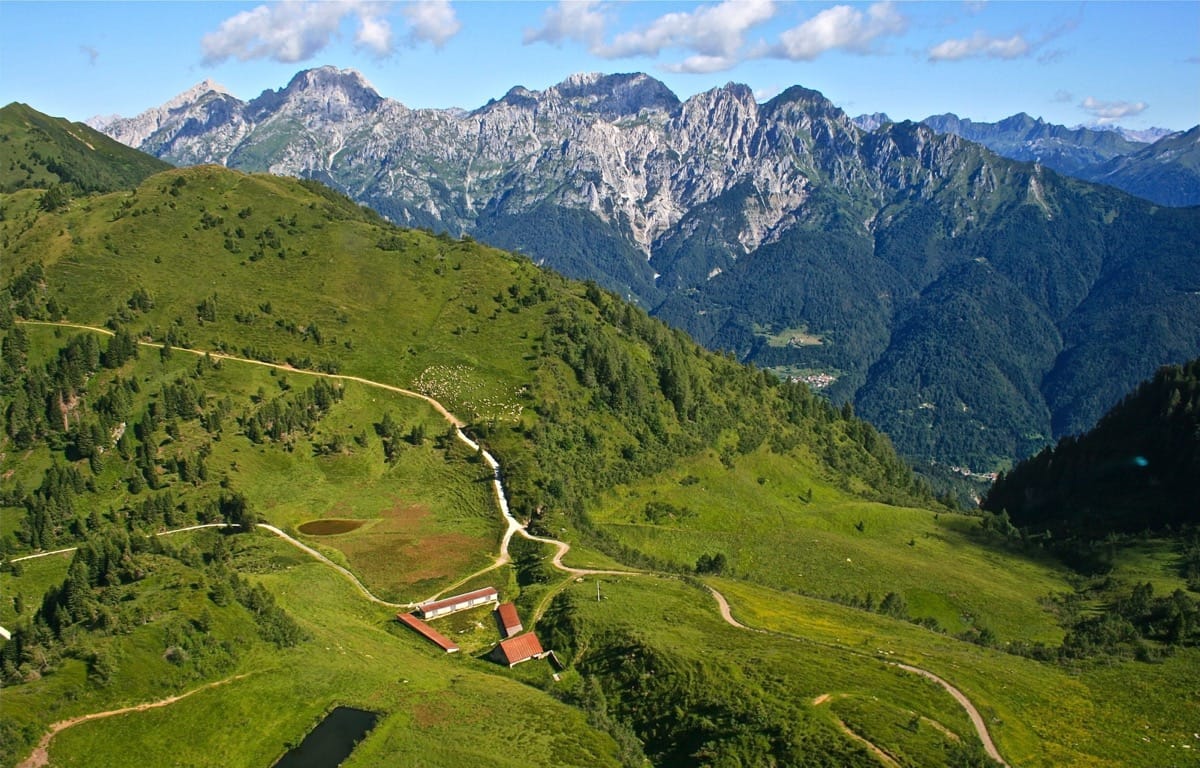 A Hike through the Garnitzen Gorge - Carinthias Most Beautiful Gorge 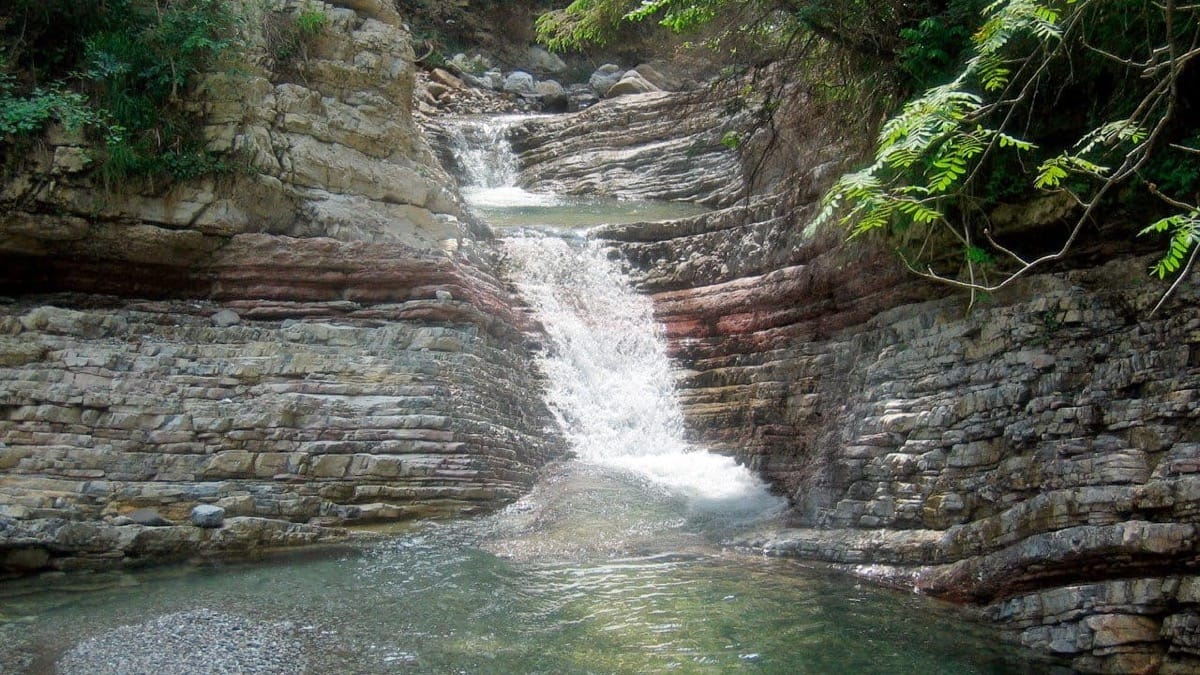 Passing wildly romantic waterfalls, the ascending footpath leads through ravines via exposed precipices up to the Alpine pasture region. 6 km in length, difference in altitude approx. 500 m (end of the gorge: 1.125 m).
Route: Walking time to the end of the gorge: approx. 2 ½ hours. You must be surefooted and not suffer from vertigo! Continue via the Kühweger Alpine pasture to Nassfeld.
Walking time: approx. 2 ½ - 3 hours.
Total walking time: approx. 5 ½ - 6 hours.
Sturdy footware and poor weather equipment are a prerequisite for this tour! 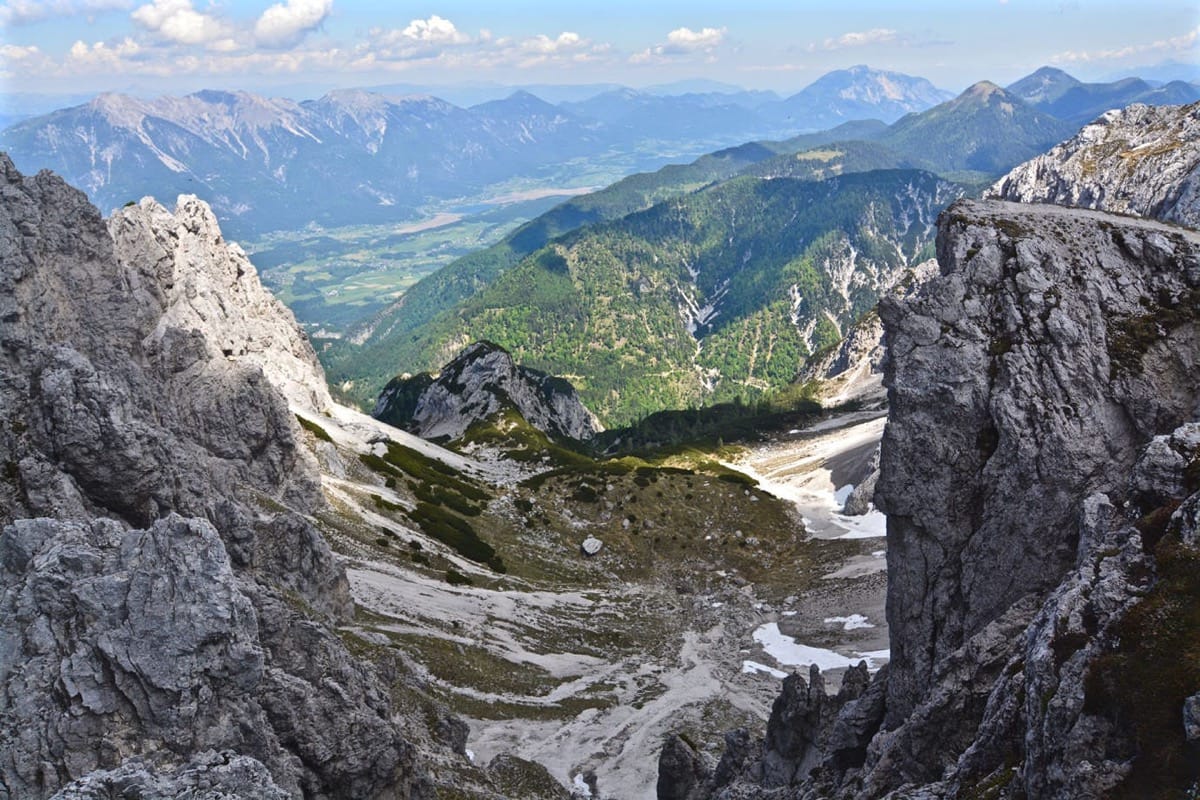 Route: Starting point is the Watschiger Alpine pasture. Alpine mountain path (403) through the Wulfinia region along the FIS-racing route to Gartnerkofel Sturdy footware necessary. Walking time: approx. 1 ½ hours.
For this tour the Gartnerkofel 4-person chair-lift is also available for hikers (altitude : 1.400 to 1.900 m; length: 1.700 m). Walking time from the mountain station on the summit: 1 hour. 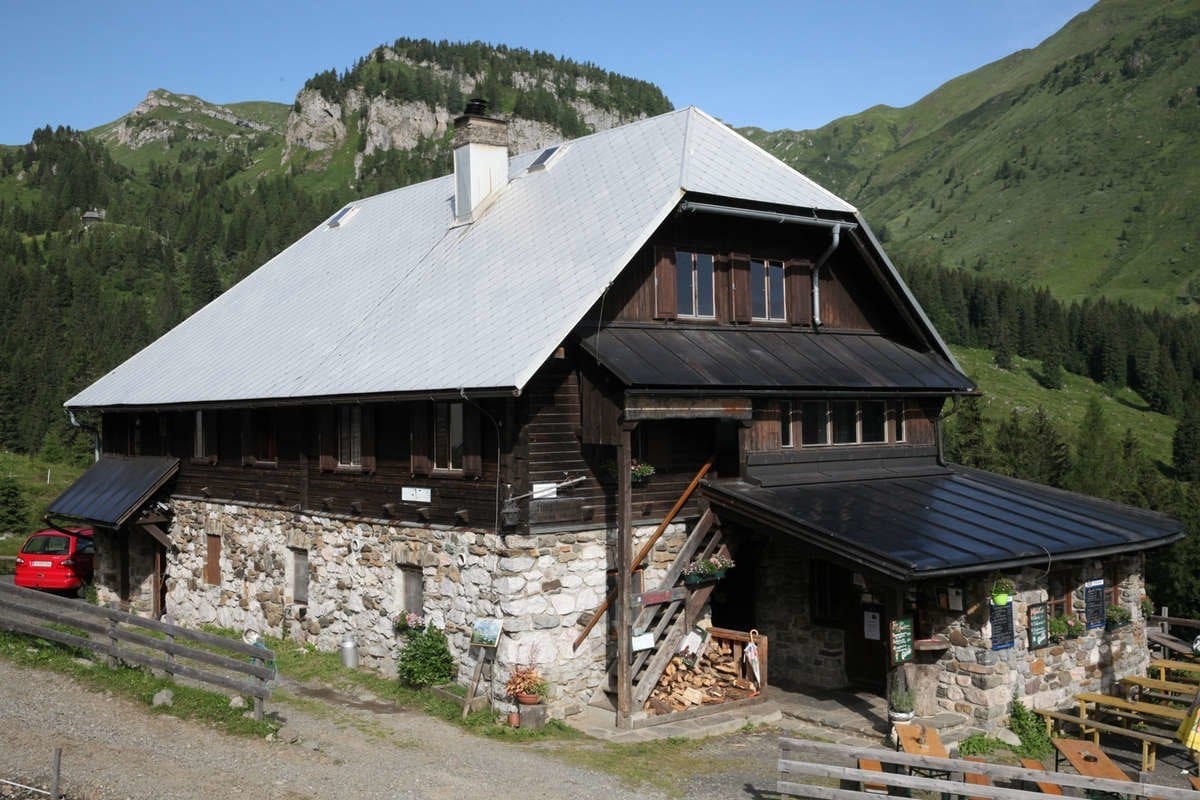 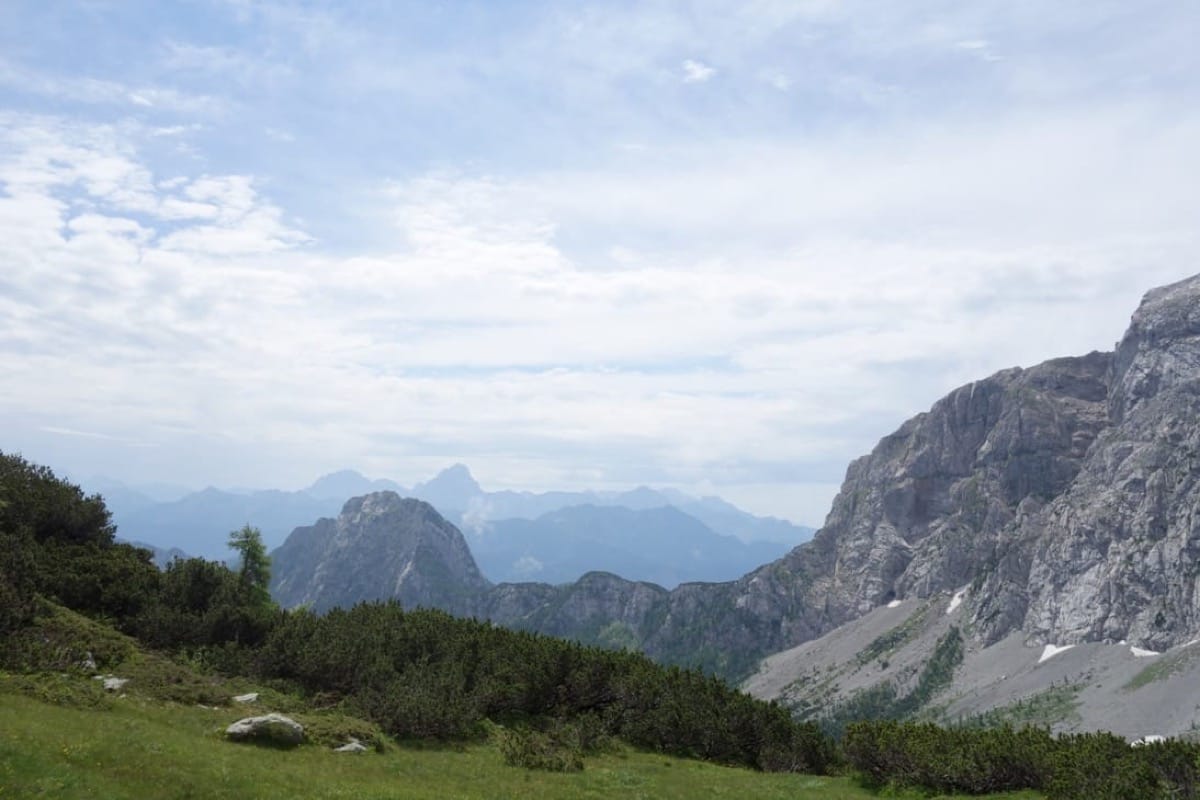 Route: From Nassfeld via the Tressdorfer heights down to the bottom of the valley, then to the left across meadows up to the Rudnig saddle.
Left, under the mountain faces, climbing over debris into the hollow, north of the summit. Upwards via flat ridges to the summit.
Walking time: approx. 3 hours. 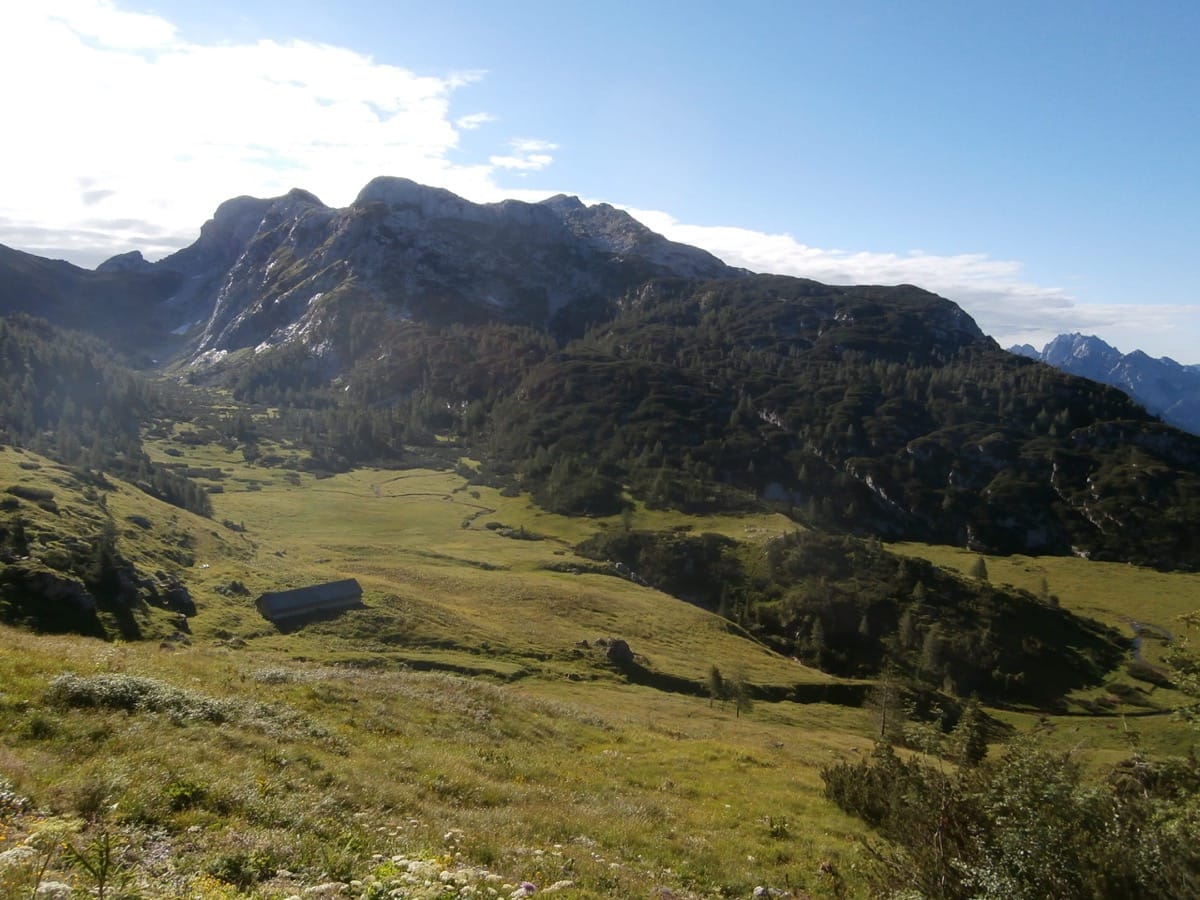 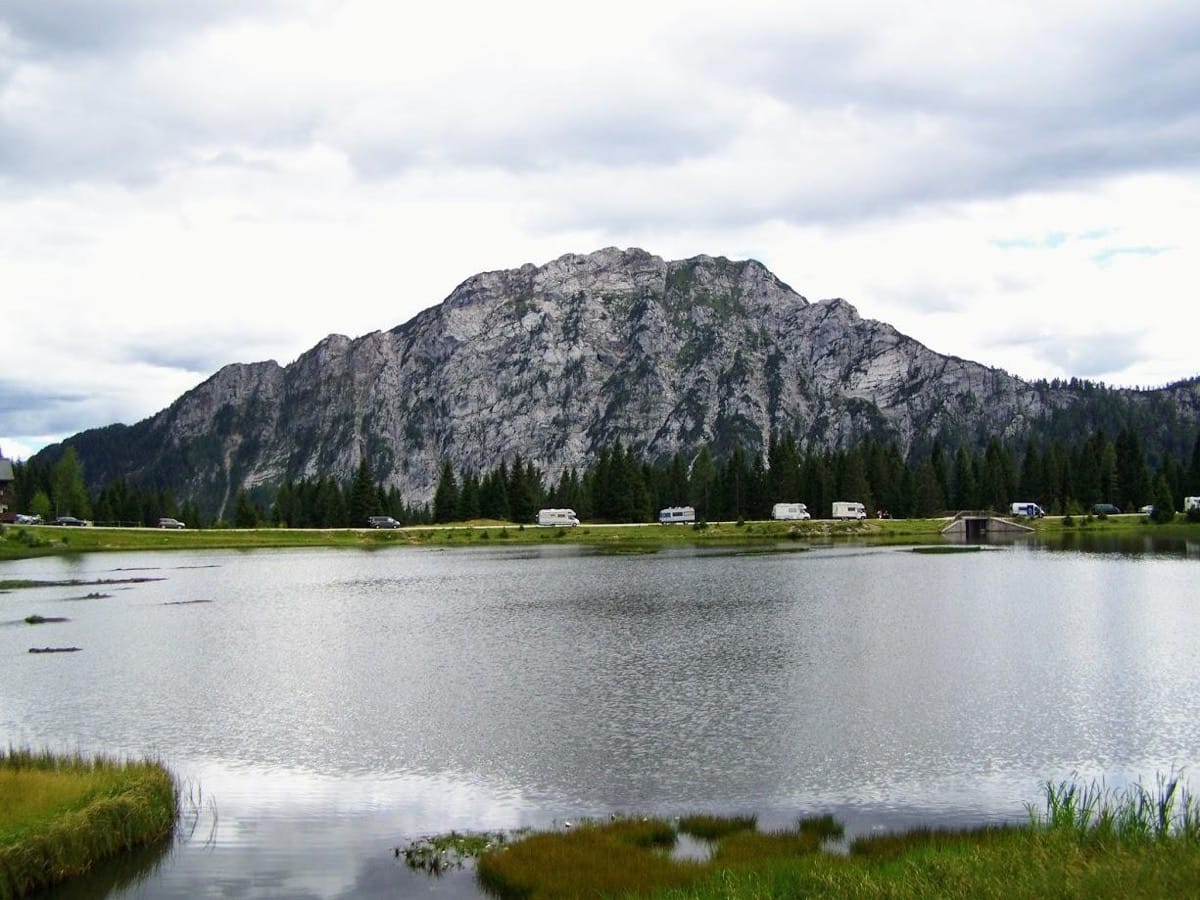 With their cars to travel some 4 km in the direction Pontebba (parking Stammboden). Course: at the junction turn right and follow the route marked in red until you reach the hut Malurch then continue to the summit of Mount Malvueric high. Journey time: about 2 hours.

At the start of the Millennium cable car you can rent a variety of equipment for summer sports. Take your bike on the cable car to the top of the mountain and later enjoy the longest run down in the Alps (11.7 km).

Suitable for all bicycles.

After a fantastic ride through the Carnic Alps, you can return by train from Hermagor or Arnoldstein via Spittal and Lienz to Toblach (Alta Via Carnica) or from Villach direct to Kötschach-Mauthen (Carnic bicycle path).

The Carnic mountain path, primarily for hikers, actually stretches across the crests and summits of the Carnic Alps, and consequently for the best part cannot be used for moving vehicles.
Bikers therefore should rather use the old military roads and paths from the first world war, which mostly run across the main ridge on the Italian side, and are a mixture of rubble roads and forest paths worth experiencing, and which, in addition, almost ideally connect inns, lodges and Alpine pastures with each other.

Single trails passable for moving vehicles, forest paths as well as a large part on old military roads. Not only your technical driving skills are challenged here but you are also tempted to be adventurous and to brave the unknown. You will see completely new landscapes, switch permanently between the Austrian and Italian cultures, and even experience a trace of Slovenia. 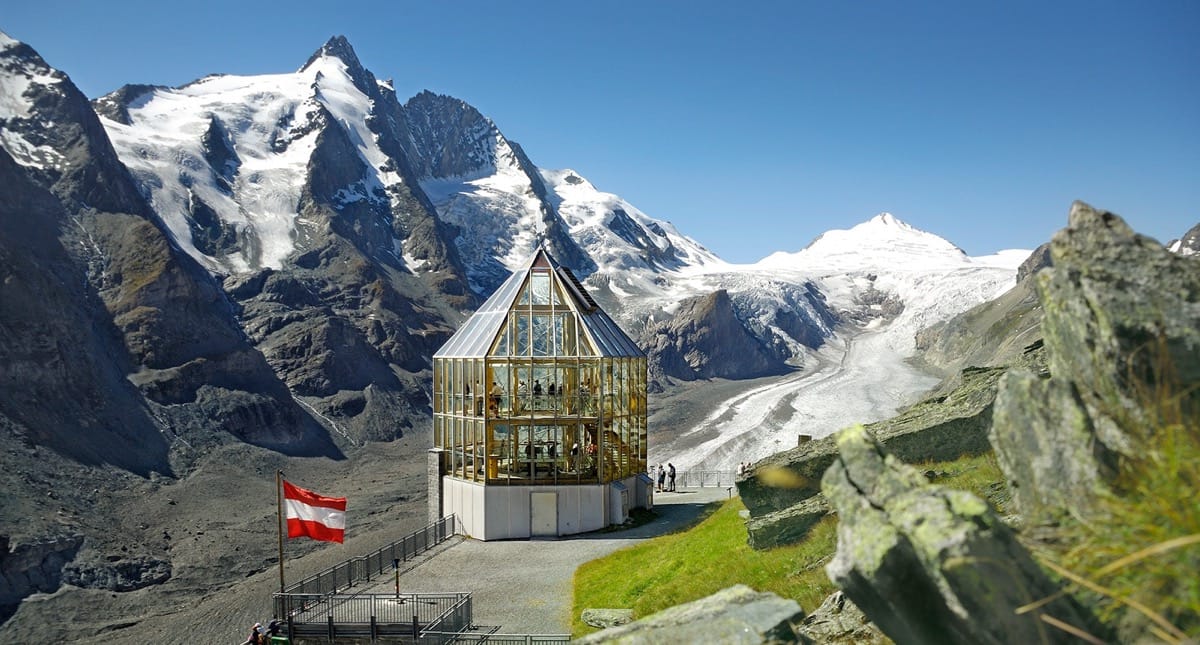 High Alpine road in the heart of the Hohe Tauern National Park opened in 1935. A breathtaking 20 km long journey up to 2.500 m to experience the formation of the eternal ice and Austria's highest mountain, the Grossglockner (3.798 m) as a monumental landmark.

The almost 35km road leads in 52 bends through the only European national park in gentle high mountains with the largest stands of spruce and stone pine in the eastern Alps. 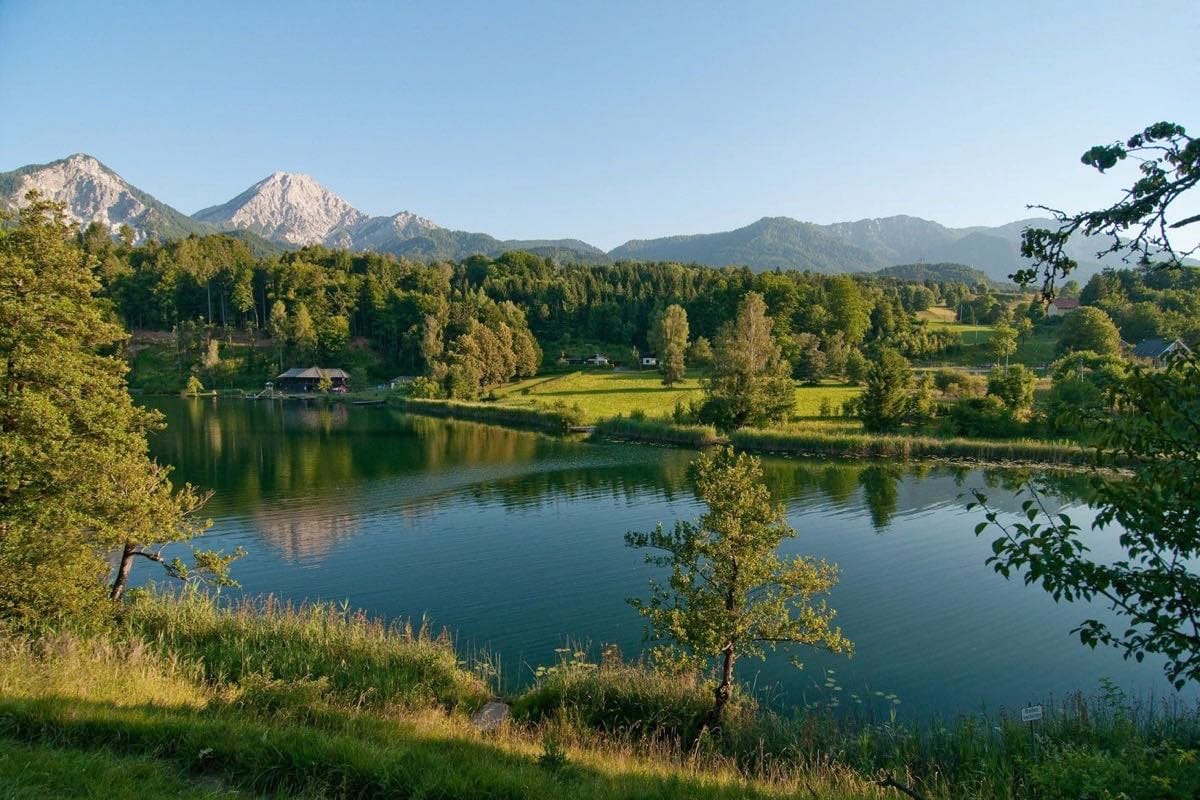 16,5 km long Alpine road with a wonderful view over the Karawanken mountains, as well as over the Julian and Carnic Alps. A flower paradise with the most beautiful flowers in the Southern Alps: the ALPENGARTEN VILLACHER ALPE situated at a height of 1.500 m (easily reached in a few minutes from car-park 6). Continue along the crystal clear Carinthian lakes. Visit the Pyramidenkogel lookout tower and from a height of 905 m enjoy a unique view over Carinthia and its beautiful lake landscape. 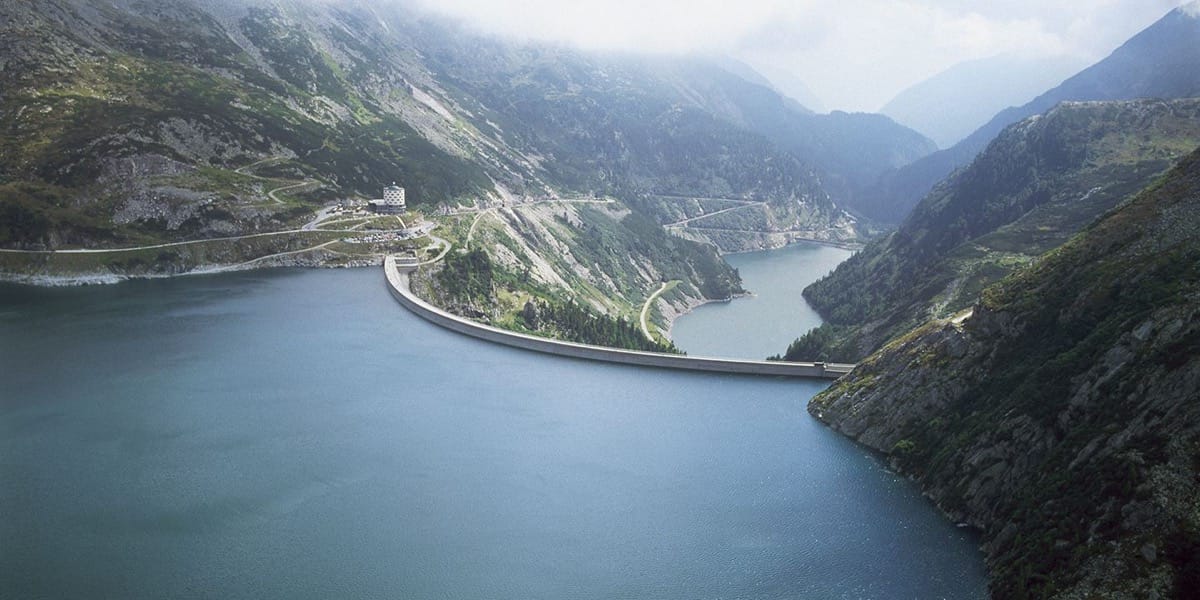 A half day excursion through the heart of the magnificent Alpine mountain world of the Tauern Massif, leading up to the Kölnbreinsperre (dam), the 18,3 km long road passes roaring waterfalls, nine bridges and six tunnels covering a difference in altitude of 1.000 m. In Gmünd you have the opportunity to visit the Porsche museum.

Trip through the Lesach Valley with an Excursion to the Dolomite Mountains: 260,2 km 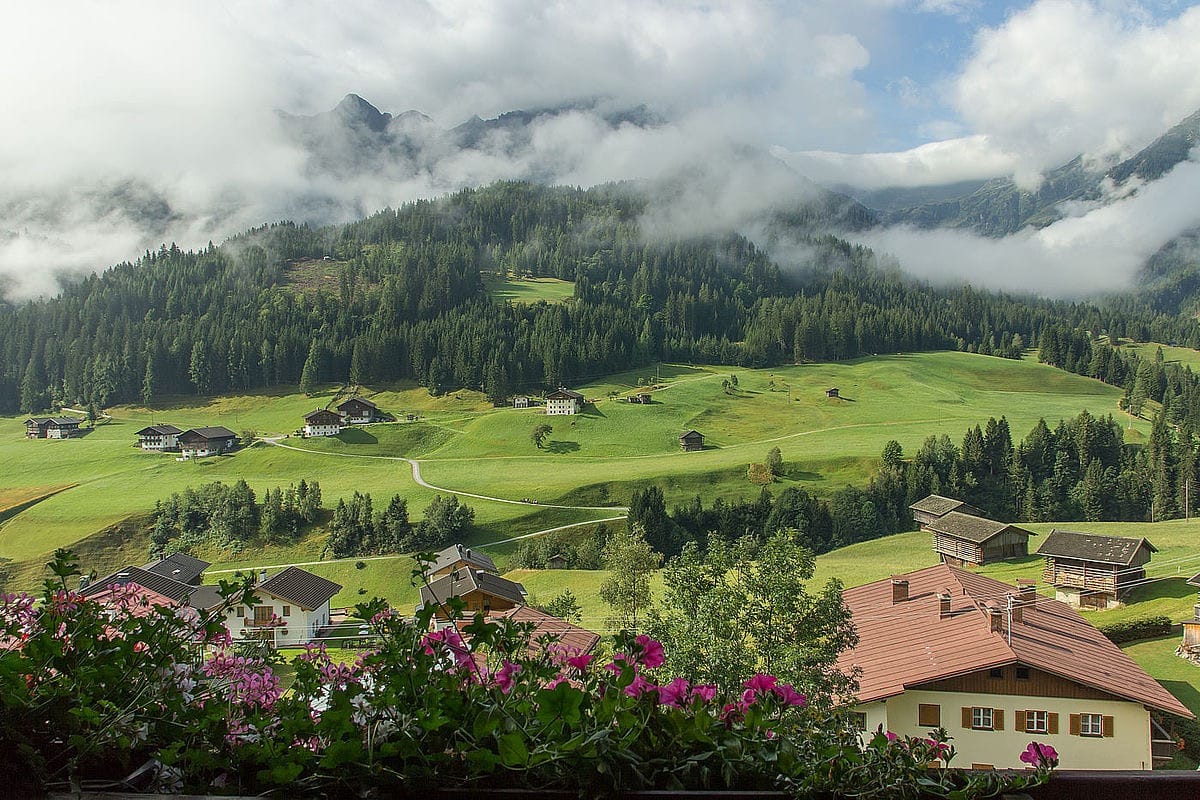 A day tour of the Lesach valley - awarded the prize for being the valley with the most "unspoiled nature" in Europe. Continuing passed the Sextener Dolomites and the Drei Zinnen. Splendid minor roads and a large number of passes are enough to excite any motorcyclist! 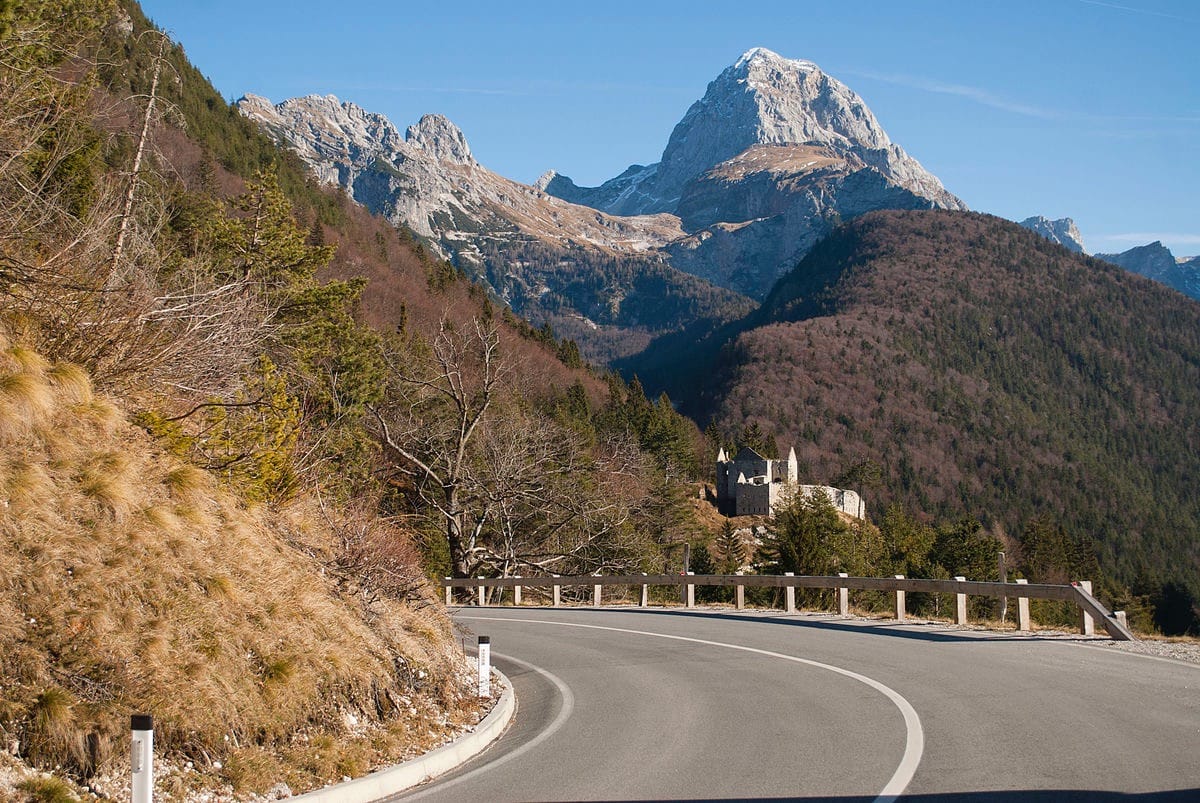 Passing Italy and Slovenia admire the summit of Mangart, the fascinating Isonzo valley and the national park of Triglav. Take the chance to explore three states and three different cultures in a few hours.

A Day Trip to the Friulian Wine Slopes between Cividale and Gorizia: 297,7 km 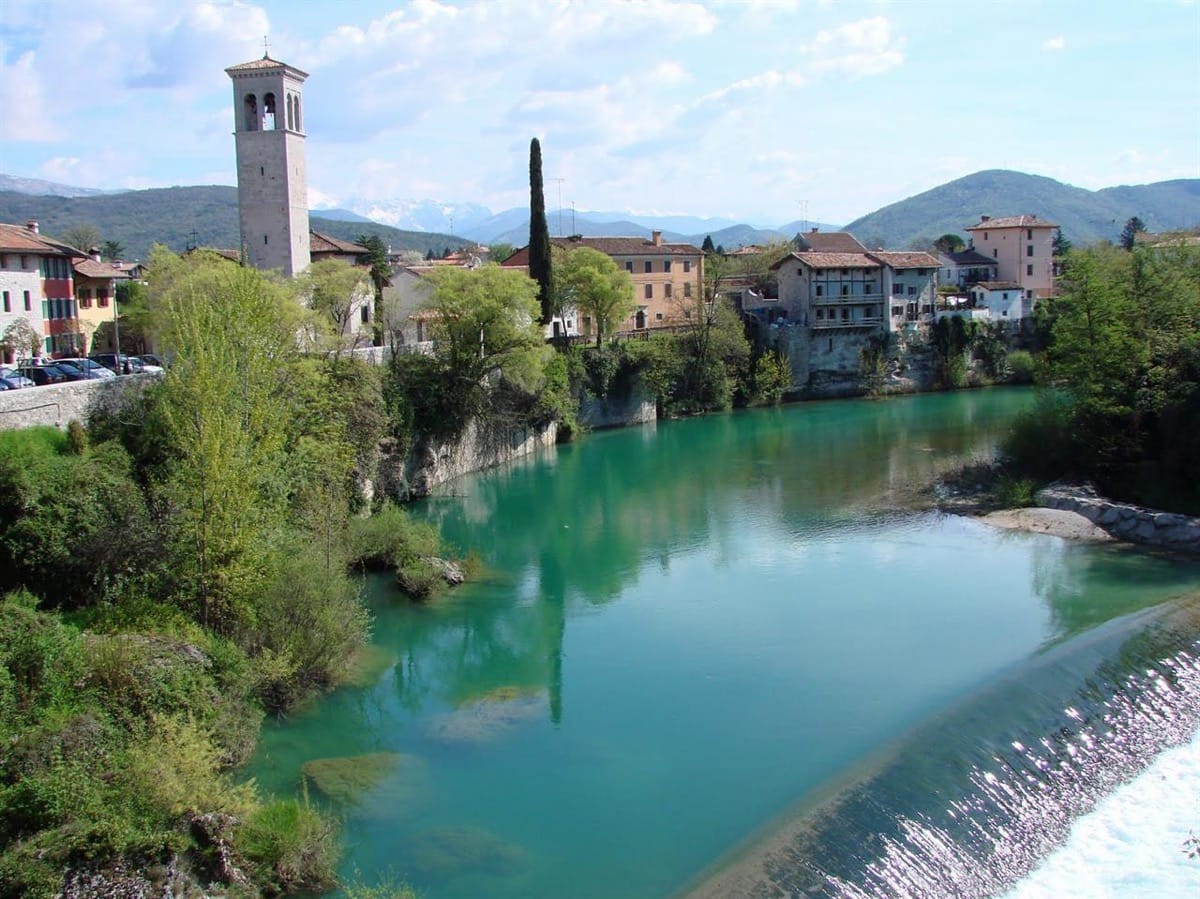 Italian culinary delicacies and Friulian wine turn your trip into an unforgettable experience. It's also worth making a short detour to San Daniele where you can taste the famous ham in one of the many ham factories. 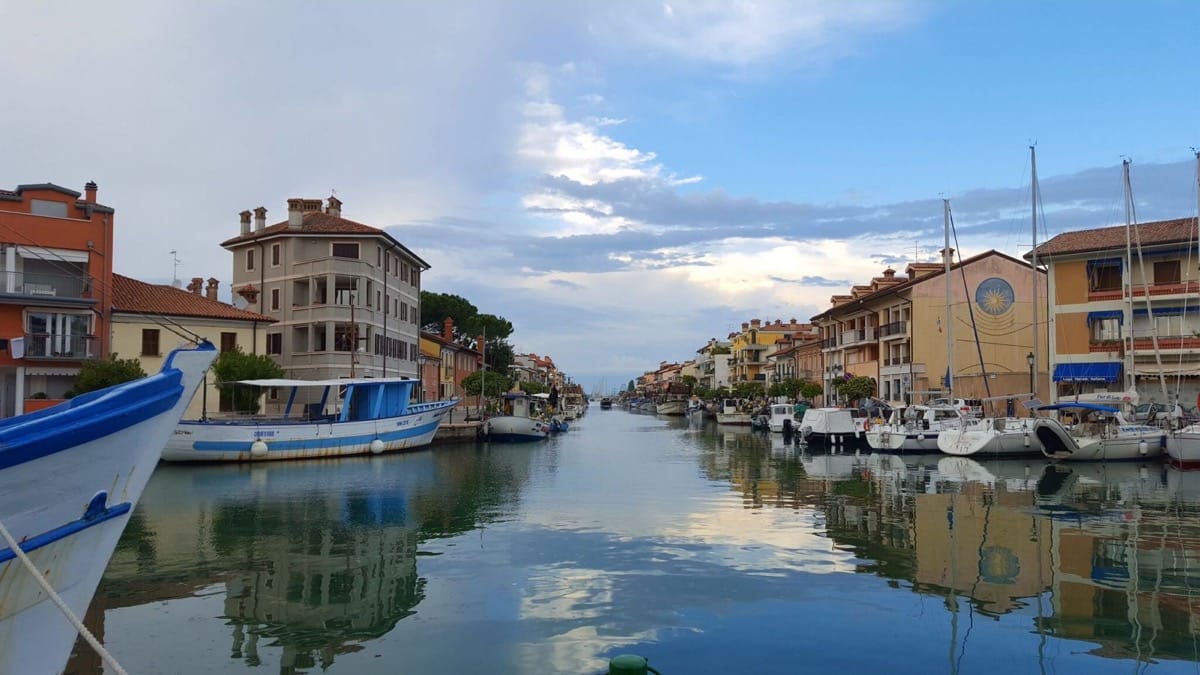 Grado presents the holidaymaker with two sides. On the one hand a modern bathing resort, and on the other hand an old fishing village with small brick houses and narrow, fascinating lanes in the old town, reminiscent of the "Calli" (lanes) of Venice. Allow yourself sufficient time to visit the old town, and enjoy the fresh fish specialities in one of the numerous fish restaurants!

See above! High Alpine road in the heart of the Hohe Tauern National Park opened in 1935. A breathtaking 20 km long journey up to 2.500 m to experience the formation of the eternal ice and Austria's highest mountain, the Grossglockner (3.798 m) as a monumental landmark. NEW: Stop off on your return journey in Heiligenblut and visit the town centre or travel up the Schareck by chair-lift

The Villach Alpine Road and the Carinthian lakes

The 16.5 km long mountain road offers an incredible view of Carinthia especially from parking areas and vantage points. You will be fascinated by the wonderful world of lakes around Villach while resting highest offer beautiful views of the southern mountain chains.

Through the beautiful mountains of the Tauern driving along the road of 18.3 km going 9 bridges, 6 tunnels to reach the dam of Staumauer Kölnbrein. A Gmünd will have the opportunity to visit the Porsche museum.

Trip to the Lesach Valley with an Afternoon Bathing

A trip to the pilgrimage church in Maria Luggau (the only basilica in Carinthia with a Servite monastery) in the Lesach valley - awarded the prize for being the most "unspoiled valley" in Europe. In the afternoon you have the opportunity to visit the AQUARENA in Körtschach-Mauthen (water and adventure oasis) or alternatively to visit the anti-war museum in the "Rathaus" (museum 1915 -1918 "from the Ortler mountain to the Adriatic Sea", awarded the Austrian Museum Prize). The history of the world-war illustrated by the fate of simple soldiers, as well as "paths of peace" from Col di Lana to the Plöcken pass.

Lake Weissensee - the Highest Lake in the Alps

Lake Weissensee, (drinking water quality) was awarded the "European Prize for Environment and Tourism," is situated like a fjord in the heart of the mountains. Here you have the opportunity to make a boat trip (shipping line) on MS Weissensee or to travel up to the the Nagler Alpine pasture on a chair lift for 4 persons.

Boat Trip round Lake Wörthersee with a Visit to Klagenfurt Town

An excursion to lake Wörthersee well known through films and television ("Ein Schloss am Wörthersee") The day begins in Velden with a boat trip (shipping line) to the peninsular Maria Wörth with its pilgrimage church. At lunch time you travel to Pyramidenkogel (Carinthia's best lookout tower at a height of 905 m offering a unique view over Carinthia and its most beautiful lake landscapes). In the afternoon: sightseeing in Klagenfurt and an opportunity to do some shopping.

Grado - Sea and culture: We suggest a stop at Aquileia to visit the Basilica and the Roman ruins

Grado presents itself to visitors in two faces: one is a modern seaside city and the other a small fishing village with brick buildings and charming streets. Spend a little 'time to walk around downtown and take the opportunity to stop at one of the many local fish.

GOLF SPECIAL BETWEEN AUSTRIA AND ITALY

Golf Country Club Tarvisio, 30 km from our hotel in a wonderful location is one of the best mountain golf courses on the three borders.

NASSFELD Golf, 20 km from our hotel is the new Carinthian golf club in the valley of Gail (at Waidegg).